You are here: Home / Camping Games / How to spice up your kid’s party with Coke and Pepsi Game

The Coke and Pepsi game is the ultimate kids’ game to engage children in an interactive, energetic and refreshing pastime.

It is a physically invigorating game that gets kids away from their gadgets for some time.

What is Coke and Pepsi?

There are two groups named “Pepsi” and “Coke” with two partners from every team on each side. The groups run to the other side as the commander utters one of the two soft drinks’ names.

Anyone who reaches last or moves is eliminated with his/her team member, and the game continues until the last team of two partners is left.

How to play Coke and Pepsi?

The commander will start the game by gathering the kids and dividing them into two groups.

Every group consists of one of the team members that will have their other team member in the opposite group. 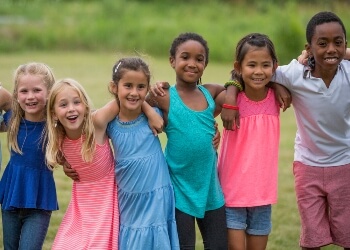 The partners must run to the other side when the commander shouts out a name, either Pepsi or Coke.

Below is the list of rules related to the names of the soft drinks and what the players need to do when the commander says that specific name:

The game can go on for hours and keep children quite entertained.

Take the fun up a notch, commander!

If you want to take the game up a notch, it can definitely be more exuberant and stimulating. The commander is the one that keeps the game going and raises the fun bar by adding more tricks or rules.

The commander can make all sorts of variations and additions to the game to take it up a notch.

This is when the kids have to exchange sides but it’s a little confusing as the group name doesn’t change. The sides switch but not the groups.

So if Pepsi is on the left after the traffic jam they will be on the right side of the room, and if the commander says Pepsi and a player from the left side runs, their team will be eliminated.

A little baffled, but the kids will pay even more attention and play more actively so as to avoid making a mistake. 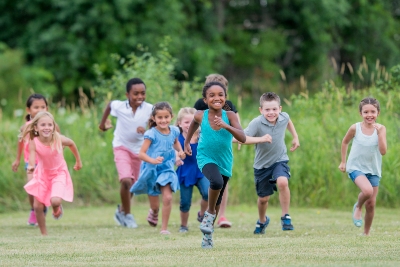 Dr. Pepper join in midway will be more fun if when the kids lock their backs, they also spin thrice. This time the commander doesn’t say take it back; instead, the kids move to their side after completing three spins.

The person who remains last is eliminated along with his/her team member.

The commander can call out Sprite in the middle of the game when one group is running towards the other, or spinning three times, or in the traffic jam.

The commander can lengthen the freeze mode and walk around to tease the kids a little to break their stance. It’s all fun and play so why not add a little teasing also.

The Pepsi and Coke game can be played indoors or outdoors. Parties are incomplete without interesting games like these. So, add Pepsi and Coke to your list of games for your kid’s party. If you liked this game, you will definitely enjoy similar party games:

That is all about the Pepsi Coke game, and all the tips and tricks to make it even more enjoyable. You are most welcome to share your feedback, and let us know if you have any questions. Do check out our other tutorials to learn more interesting games.