Camping is one of the best forms of recreation. How else to make these occasions even more enjoyable than playing group games?

So, are you on the lookout for a party game? Do you want to add more fun to your picnic day-out by amusing them with a tricky fun game?

Then look no further, learn to play the umbrella game, and become the life of the party for your friends and family. 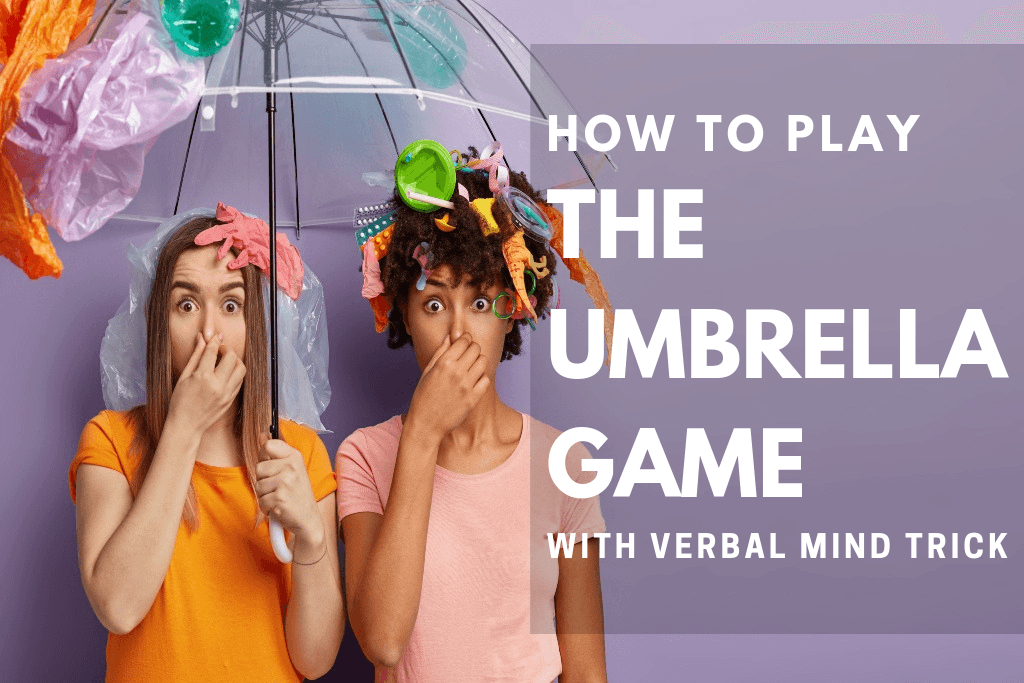 What is the umbrella game?

The name of this game is as ambiguous as the game itself.

The game revolves around only one sentence, “I’m going on a camping trip, and I’m going to bring … .”

The best way to play this game is to let no one have any clue of what the rule of the game is.

The game starts with one person uttering the sentence and the rest following it one by one, only changing the item they are going to bring to the camping trip. 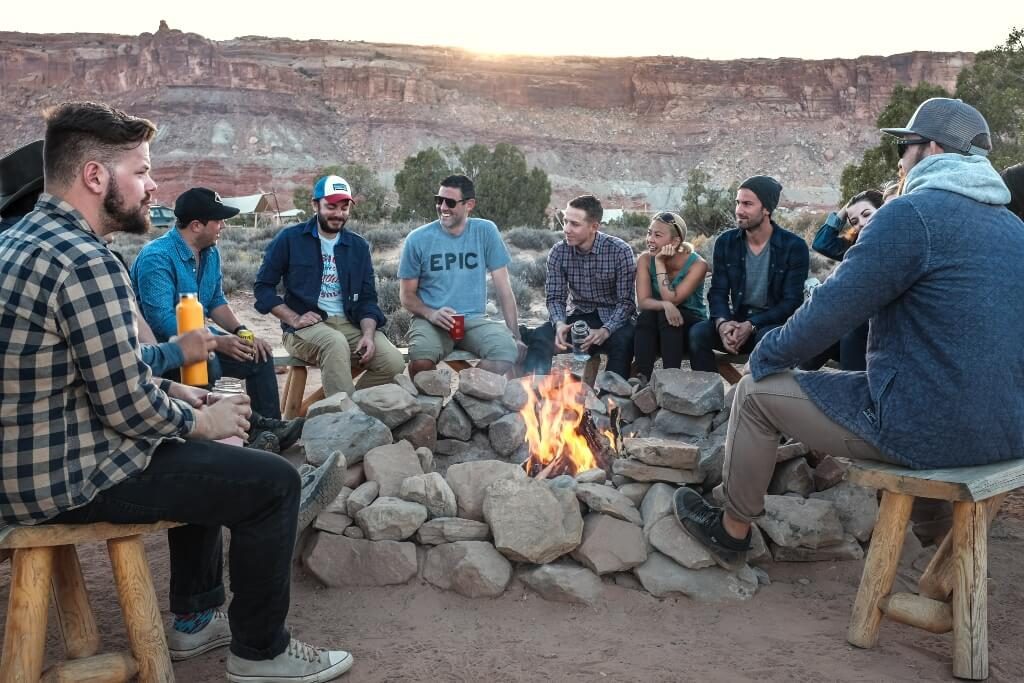 Confused yet? Not to worry. Here, you will learn all the steps and tricks to playing the Umbrella Game

How to play the Umbrella Game

This is one of the most convenient group games. It doesn’t require a chessboard or pieces of paper, or sharpies, or ping pong balls, etc. Just a few players and you are good to go.

Other Ways of Playing

This is going to confuse a lot of the players, but you will not explain. It is because the Umbrella Game is one where you have the find out what exactly the rule of the game is. The Umbrella Game is a game with concealed rules. Such games are designed this way because discovering the rules is the actual game.

It is a talking, guessing game but revolves around one sentence only. So, are you smart enough to figure it out?

The Secret is Listening

The secret to this game is not intellect, but listening. When you play the umbrella game, your auditory sense matters the most. Listen intently and you will figure out the rule.

It is all about paying attention, focusing on the one uttered sentence and listening closely as to why one player can bring a box of matches but the other cannot. 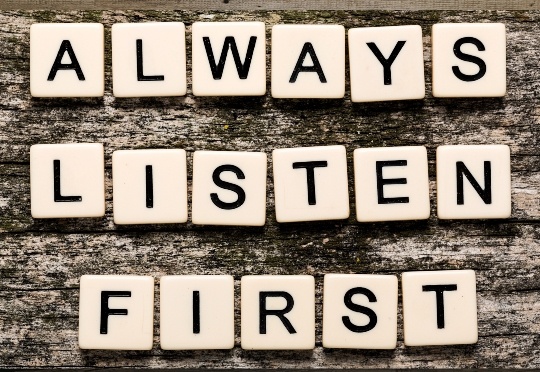 It’s the “um” in the UMbrella

If you haven’t figured it out yet, we are exposing the trick of the game right now.

Well, unlike the usual circumstance, “um” is the right answer in the case regarded. In this game, it is all about the “um”.

YES, that’s right. It is all about the verbal mind trick in the Umbrella game.

Each player is going to say the sentence and add something that they would bring on the camping trip. Regardless, the player can only bring it, provided he/she adds the syllable “um”. 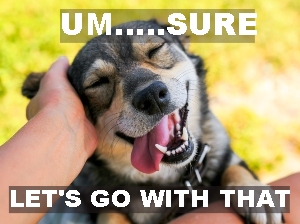 You listen to the players who get it right and all of it is because they add an “um” in-between ‘bring’ and the item they are going to bring.

Tricks to amplify the bafflement of the players

It’s very tricky if you don’t know what to look, or listen, for! So, here are some verbal mind tricks to throw the players off guard.

Now, most of the players might think that the round is about the “food” category and they will continue to name food items. The trick though, is the word “um”.

So, if a player says, “I’m going to bring raw meat,” it does not work and the player will be left confused again.

Similarly, if another person mentions an entertainment category like, “I’m going to bring an um… mixtape”, the player can bring that.

So, the rest of the players will start to think it’s about different categories for each person so they might decide to add a clothing item like, “I’m going to bring a coat.” The player cannot but another that adds an ‘um’ to the same sentence can. 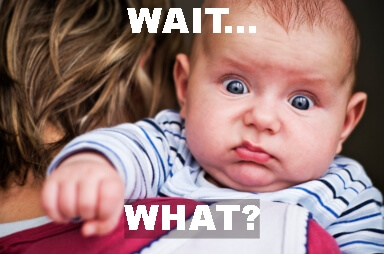 This way the players keep on playing and try to figure out the rule; if it is not a category, then what?

The trick of first or last letters can also make the players think they have figured out the answer when in reality, they have not.

This makes the players believe that the game is about the first letter.

So, the next player also adds an item starting with a ‘P’: “I’m going to bring pencils.” But, he/she cannot.

Some players also think to keep their items relevant and related to the trip like if you started the game by saying, “I’m going on a camping trip, so, I’m going to bring …,” the players will try to keep it related to camping. 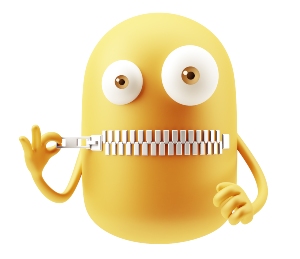 It will leave all of them even more confused because elephants do not go with the theme of camping, yet it is the correct answer. The trick is because this sentence has an “um” while the previous two had not.

You can also make it interesting by changing the themes from camping to picnics or parties as the players might think of objects and answers related to the occasion like balloons for a party and sandwiches for a picnic.

However, both these answers will be wrong if the player does not utter the word “um”.

But it is the trick to keep the players on the edge of their seats, figuring the rule out. Overall, you can use whatever trick or idea comes to mind to make the umbrella game more fun.

The Goal of the Game

The goal is to keep playing until everyone has finally figured it out. When everyone brings something while using the word “um” in the sentence then the game reaches an end.

Make sure to keep the secret hidden and make it as tough for the players to reckon the rule, because that adds fun to the game.

Lastly, if you enjoy mind baffling and verbal tricky games like this one, there are more out there. Green Glass Door, Around the World, Black Magic and Contact Game are just a few examples of similar games you can play on road trips, camping trips, picnics and vacations with family and friends.