Red Door Yellow door is a spooky game that can be played on slumber parties or campfire nights with a minimum of two players, with one being the guide.

This game is also called Black Door White Door or the “Doors of Mind”. 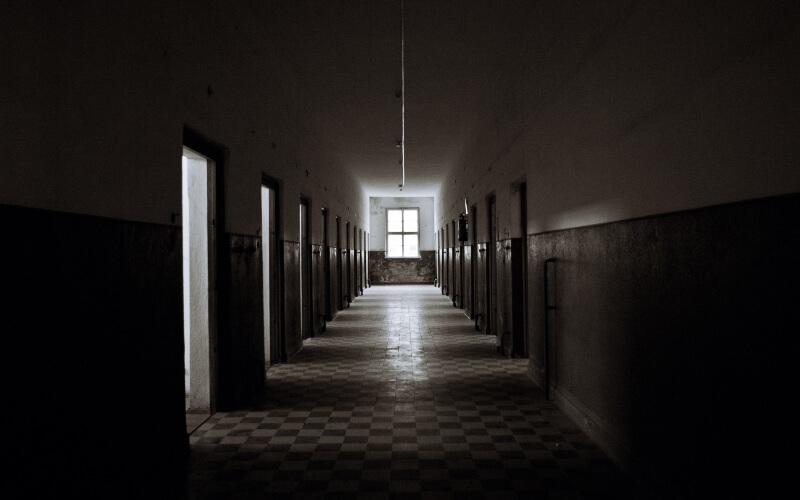 Before we dig into the rules, note that this game should only be played in a safe environment.

It is not for the faint-hearted; it can leave a strong impact, with the player falling victim to depression, anxiety or another mental disorder.

Only those who are willing to take part should play this game because it can get tough as the game proceeds.

So DON’T play this game for more than 1 hour!

Too much time in the dream state can cause dangerous effects in the form of mental disorder, or depression. 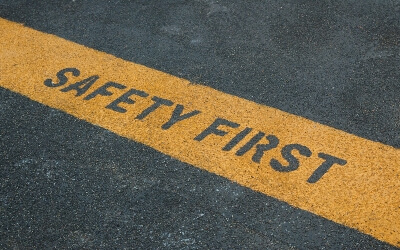 The Red Door, Yellow Door requires at least two players: a leader who stays awake leads another who sleeps through a corridor of rooms with different color doors.

The sleeping player experiences some uncanny events that can be both exciting and frightening.

How to play the game

At least two players are required:

The number of players is not restricted to two though. Everyone can join in, given they are not faint-hearted.

There are a few items that add to the spookiness of the game and are used to connect with the supernatural world. Now the game – let’s get spooky!

Step 1
Start with the ritual when you are calm and ready to dive in. Find a quiet place to focus and concentrate.

The leader sits cross-legged on the floor with the other player placing their head in their lap and covers their eyes with a cloth or eye mask.

The player raises his/her hands in the air, relaxes and keeps his/her eyes closed. His/her eyes remain closed for the remainder of the game.

Step 2
To put the second player in a trance, the leader massages the temples and slowly but continuously repeats the mantra of “red door, yellow door, any other color door”.

If there are other people present, they can chant along with the leader to help the player go into a dreamy state.

Another way is a statement that some leaders use while playing the game, “You are in a corridor, numerous doors are present on both sides of the corridor, I want you to explore these doors and describe them to me. What do you see, hear, touch and feel?”

Step 3
When the player sees any images, he/she is to put their hands down which is a signal that the game has officially started. The chanting will stop at this point and what would follow will be some questions asked by the leader.

The leader enquires what the player is seeing and asks for its description, as in the surroundings, the way the player feels.

The subject is to answer when the leader enquires. He/she must always answer.

The leader also prods the player to go ahead and try opening any door he/she sees.

It is very important that the leader asks about the emotions of the subject as it plays a vital role in steering the game ahead because if the subject is not comfortable, nine out of ten times, it will go wrong.

The leader is pivotal to the game, conducting the dream state orchestrating the moves of the player(subject).

Step 4
The timer goes off. Now it is time to come back to reality. The leader should guide the player back to the real world by using whatever words he/she consider suitable. All doors that have been opened must be closed before waking up.

Once everyone is fully aware, the recording device should be switched off.

This is a video about playing the game with friends:

How to End the Game

The alarm clock or time stopper or any other device that is used to keep a track of the time that the player is under a trance is significant to the game.

So it is important to set the clock and as soon as it goes off, the player is to be awakened and brought out of the trance. It is the guide who leads the player out of the dream state into reality.

The words uttered by the guide depends on his choice, but it is important to note that while coming out of the dream state, the awakening should not be abrupt. The corridor of doors should recede out of the scene gradually and so should all the doors be closed if any left open once the player comes out of the trance.

Once awake, it will take some moments to adjust to the real world. The guide will use words of comfort and slow, steady utterances for the player to get comfortable with his surroundings and make his awareness an easy transition.

When the person has fully returned and in his senses, the candles should be blown out and if there was any audio or voice recorded for later, the device should be turned off. The player can listen to it later.

The Player is to explore fully what his mind offers. Attention is the key.

The person sensing and feeling every single nuance attentively is significant to the game. What is in the surroundings, what type of clothes the player is wearing, are there any items the player is carrying around in his pocket, there can be something useful like a key to a lock.

All this exploration is possible, only if the guide helps the player notice and pay attention to such things with his questions.

Before exploring the rooms, the player should take a closer look at what he is to face. His feelings matter a lot. If he does not feel good about a door, he should be apprehensive and on guard because it is a way of his mind signaling him to be cautious.

The color of the door, its shape, and size, even the doorknob or its temperature is to be observed carefully and how the player feels about all of this, only then he should proceed to open it.

If there is a door, the player does not want to enter, although the guide is to provoke him to explore. But if the player shows extreme reluctance, the door should not be explored. If the game sometimes does not work, it might be because the player is too hyperactive to go under in the trance state, other times it might be the guide who is unable to make the player uncomfortable and the game does not proceed. They should both be in harmony with the game to work.

If there are incidents when the guide witnesses’ bad signs or the player is too deep in, he should try to bring him back even if the player is unable to utter it.

The bad signs can be the flickering of the candles, or the radio or voice recorder acting up or even the silence of the player in his dream state are all signs that show the player is too deep in and he should be taken out immediately. One player tried a variation of this game on their mother and maternal aunt twice, and it worked both times.

She used this as the starting point, “You are at one end of a very long corridor. There are numerous doors on both sides, spanning the entire length. I want you to explore these doors and the rooms behind them. Describe to me, what you can touch, feel, see and hear with detail…” and ended up having an interesting game with the elders.

However, she is unable to try this on herself because her mind is full of creepy stuff.

Two best friends played this game. The sleeping player had a twin brother and they both had brown eyes. The girls started the game, unaware of the rule to stay away from any man they might encounter in their dream like state.

In her trance, the girl came across a man in a suit and started talking to her. He praised her eyes, the girl thanked him, and in her dreamy state, she rolled over and threw up.

The girl says that even in her old pictures, she can see that her eyes are brown. Spooky, eh?

This game is believed to be safe than other urban legends games! If you can play it following the rules, this game is the one you can give a hit!

That is all about the Red Door, Yellow Door game. Stay safe, follow the rules, and you are sure to have a blast with your friends and family while playing this game.

Do let us know if you have any questions, different variations of the game, or simply share your spooky experiences with us!